Inherent Worth is the idea that everyone has the same worth – infinite worth - by virtue of just being, regardless of race, religion, gender, health, status, wealth or any other external factor. 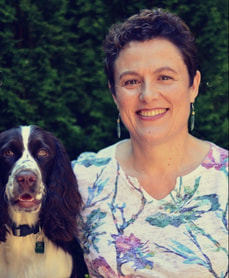 One of the most important things Anne discovered is that self-esteem is fleeting but inherent worth—the unshakable belief that we are worthy no matter what others think about us—is key to raising successful children and being effective parents. Anne was led to this important work after her daughter developed eating disorders and self-harming behaviours as a teenager and young adult. Today, that daughter is thriving and happy and Anne is no longer the screaming, depressed parent she used to be. Anne Andrew is a parenting coach whose passion is helping parents avoid the heartache of having troubled children.
What began as a personal healing journey into transformative psychology has morphed into something more. Today, Anne runs “What They Don’t Teach in Pre-Natal Classes: The Key to Raising Trouble-Free Kids and Teens” workshops for parents of elementary school age children. She has written a book on the same topic.

Born in Leeds, England, and educated in Edinburgh and at the University of British Columbia, Anne has a Ph.D. in geology and over 20 years’ experience working as a school principal. Anne lives in Vancouver where she enjoys the company of her husband, two adult children, grandchild and springer spaniel.

About ten years ago I received a phone call no parent wishes to receive. I was driving north on I5 from Seattle to Vancouver with two colleagues. We had been at a conference and I knew we had to get back that night – my 17-year-old daughter was home alone.

About half an hour from the border my cell phone rang. I had my hands on the wheel so asked my friend to answer for me. “It’s the Police,” she said, pressing the phone to my ear. I kept my composure and focused on my driving. I had to concentrate because the roads were wet and it was very dark and difficult to see the lines.

“Your daughter’s OK,” he said, “There’s been a party at your house. And it got out of hand. Some people came with baseball bats and now your windows are smashed. Shall I put your daughter on the line?”

“Hi Mom” I could tell she was drunk.

“Hi darling, I love you,” I said. I could hear her starting to cry. “Can you ask a friend to find a 24-hour glass repairman? The windows need fixing. I’ll be home by the time they come.”

The parent I had been would have screamed and yelled, blaming her for being irresponsible, but none of my old buttons were pushed. It didn’t happen overnight, but I had changed as a result of working with a therapist who was helping my daughter to recover from her self-harming behaviours. I had gone from being a scream machine to being an effective parent. I went from being chronically depressed to finding joy in every single day. The ripple effects transformed my daughter’s life too - she was able to beat her self-destructive behaviour and thrive in her career.  [Note that I didn't condone her behaviour - we revisited the incident to figure out how to pay for the damage and how to prevent similar incidents from occurring in the future].

The secret to my transformation? A thorough and complete understanding that my worth is inherent – I’m completely worthy just by being. Each of us has worth by virtue of being on this planet – we don’t have to earn it! This idea is the key to recovery for people struggling with addiction, which is why I have identified it as the key to prevention – the one idea we must get across to young children if they are to grow up mentally-healthy. It is a simple idea but applying it isn’t easy. That’s where I come in.
​
If you are interested in finding out more about the transformative power of this simple idea click the link to download two free articles. If you’d like to bring me to your community for a talk or a one-day workshop, visit my Services page.